A Path to Becoming A Spiritual Director: Interview with Alix Klingenberg 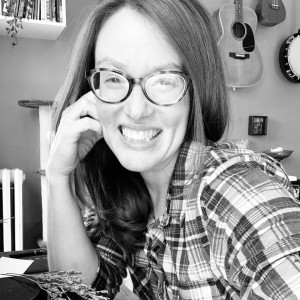 Alix Klingenberg, MDiv '18, is a poet, creative dilettante, and spiritual director. We asked her to share with us what her discernment journey looked like.

ML: I would like to start by asking you to describe what is spiritual direction, and also why you were attracted to that particular ministry.

Well, If I'm honest, I didn't really know what the difference between spiritual direction and pastoral care was until I started getting into the training of it. One of the major differences is that pastoral care usually happens in a family system, you often know everyone who's involved and need to be considering those other people in your response. And usually, with pastoral care, it's acute, there's something major going on and you're there to support them emotionally through that event, more like chaplaincy. Whereas spiritual direction is more of an ongoing, slowed-down conversation that allows you to go more deeply into the clients’ own spiritual paths, spiritual practices, and spiritual questions. So, it can be really useful for clergy, who often neglect to take time to replenish, or remind themselves of their sources of hope or their connections to mystery and to God.

ML: Is this a specifically UU thing?

No, not at all. It's Christian in tradition, the idea of being someone who's a little further down the path who will come and walk with you while you walk. But the way that I think of it is more of an accompaniment or a spiritual friend, more than, "I'm further along down a path than you." I create a sacred space in which that person then leads the conversation. So it's a deep listening practice. I listen for connections. I listen for things they're maybe not hearing in their own lives. It doesn't replace therapy, but we are trained to listen for cues that might mean mental health issues are at play, so that we can recommend other channels because we are not therapists. It's important to know when you might be getting into that realm and just say to the person, "Hey, sounds like maybe you also could use a therapist for this."

ML: And I remember that you tried the therapy school before you came to MLTS.

Right, yeah. I wanted to think about doing therapy and what I found was that it was too clinical. There was sort of coldness to the expectations, it was less holistic than what this ends up being and it took me a little while to find it for sure. But it's a great fit.

ML: And are you still a photographer?

I am! I am still a photographer and they are related in my brain. I think a lot of what I do in both the photography realm and in the spiritual direction realm is I see people. I look out for the parts of them that maybe they are not seeing and help them see it. When I went to college undergrad, I thought I wanted to study philosophy and that's what I started off doing. And then I realized that it was too oriented in the past and it took me so long to realize that the spiritual realm was really where I wanted to be. And then even longer to realize that spiritual direction was the way that I could actually engage with people in these deep philosophical questions but based on what's going on for them now. So that is what I do, and it is really fun and meaningful.

ML: Are you also an assistant minister in a congregation?

I was last year. I was an assistant minister for a year. It wasn't a great fit for all sorts of reasons, but mostly I just found that I didn't have enough time to spend with my family. And this is a much better fit for having a young kid. I think when Quillen's a little older, I can see myself reconsidering parish ministry, but right now I'm really loving not having to work full-time.

ML: So when you came to Meadville Lombard, did you have that path towards spiritual direction straight in front of you or did you search for it?

I had to search for it and I think what was so great about Meadville and what I kind of miss about being in that community is I never felt like parish ministry was the only option. And I never felt like anyone was trying to make me go that route.

ML: That is great to hear!

Yeah, I think it's really true. I also didn't know about spiritual direction as its own thing. I heard about chaplaincy over and over and over again and working in a hospital environment just was never going to be my thing. Well, what I learned in Clinical Pastoral Education has fed this practice. My CPE instructor wanted me to be a CPE supervisor. That's what she said. She said, "This is your calling, you should be doing this." And I was like, "I totally agree. I just don't want to do it in the hospital." That really helped me figure it out. Actually, CPE is probably what led me to spiritual direction pretty directly.

ML: So what you do with the clergy now similar to CPE supervision?

It's a lot of the same pieces of the ministry that I am really excited about: personal growth and development, spiritual practice, and also deep introspective work.

ML: That is nice! Now, if you were to come to MLTS and stand in front of the class of first-year or second-year students who are not really sure what their ministry would shape into, what would you tell them?

I would tell them to get through the program because the program will help them figure that out. To not try to jump the gun, because I think we have to go through all of the parts of it to see which parts of it are going to feel right, because if you had told me at the beginning that I would love preaching I wouldn't have believed you but that's my other business now—I guest-preach pretty much every weekend and I love doing that. It gives me the opportunity to meet new people all the time.

The other thing is I do online courses. A lot of the discernment questions are ones that I ask people in the spiritual direction all the time, because most people, when they come to spiritual direction, are trying to discern something. That's why you would want someone who calls themselves a director. Because then you can find a little direction, right? I would say to them to pay attention to what drains you and what gives you energy and pay attention to whether or not you're avoiding something out of fear or it doesn't feel like the right fit because those are totally different things. In fact, I would lean into the pieces that scare you a little.

ML: Say more about that, please?

I think we, human beings, have a tendency to shy away from the things we want the most.

Yes, exactly. And to pay attention to the people who you envy, that's a good one too. When you look around and you say, "Oh, I wish I could do that, but I could never do that." That's a big “hold on.” What is it that you wish you could do? And why is it you think you never could do it?

I think a lot of people need spiritual direction and they have no idea that it exists. I also am hoping to eventually be able to teach other people to do it. The program I’ve been trained in is a social-justice and anti-racist-based spiritual direction program. It’d be great if I could teach it at MLTS someday.

Here are some of her poetry. Learn more about Alix at alixklingenberg.com.

After making her living as a wedding and portrait photographer for ten years, Alix returned to school to become a Unitarian Universalist minister. She earned MDiv from MLTS and began her own business as a spiritual director and creative arts minister. Alix has been writing a blog called “Highly Sensitive Extrovert” for several years and began sharing her poetry on social media in 2019.

Back to ML Commons
We want to lift up your ministry and share what great things you are doing. Please send your stories to the Communications Office.
Email Tomo Hillbo