Covid Memorial: A Ritual of Mourning 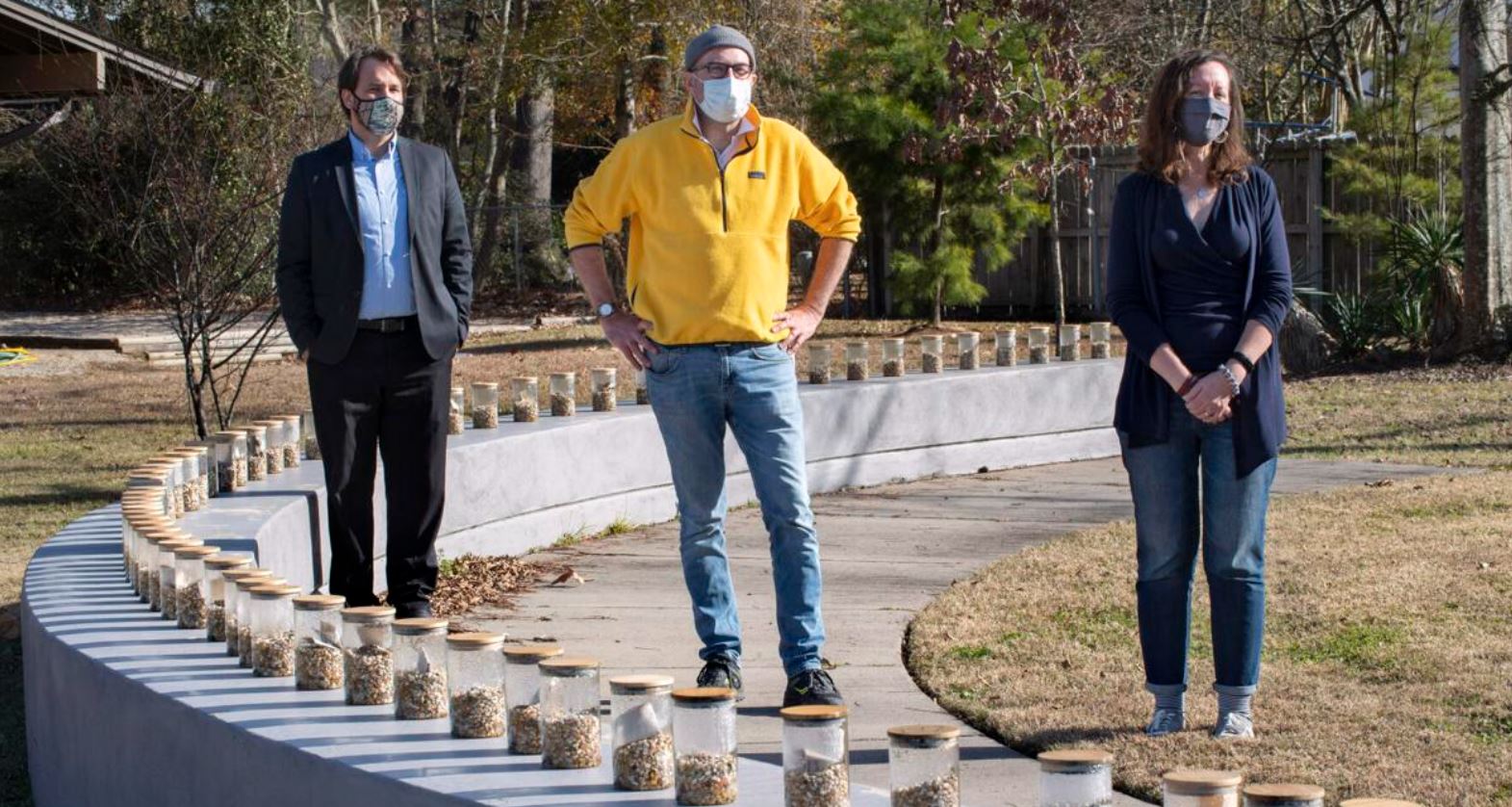 [This story was published in The Advocate, a local newspaper in Baton Rouge.]

It wasn’t just that COVID-19 was killing people. It was the loneliness of their deaths in quarantine that disturbed the Rev. Nathan Ryan (MDiv '12), pastor at the Unitarian Church of Baton Rouge.

“You’re dying where you can’t be around the people (you love),” Ryan said. “We want everyone to at least be touched one more time, even if we don’t know their names.”

So, the church began the COVID-19 Memorial Project, which seeks to remember every coronavirus victim in the United States.

Church volunteers are filling glass jars with 1,500 pebbles, each pebble representing a single COVID victim. The pebbles, taken from the children’s play area, are placed in a slow, contemplative way, said Megan Sheehan-Dean, who coordinates the project.

“Each stone is taking a moment to remember a person who is no longer with us because of COVID — intentionally counting them out,” Sheehan-Dean said. “We also put out paper in case people are moved to write a message, write a poem, write a person’s name, whatever. … It is a meditative process and experience.”

The church hasn’t decided whether to get more jars or add more pebbles to the ones already filled, but the project leaders are determined not to let the disease win this battle, too.

“This will go on until people stop dying of COVID,” Sheehan-Dean said.

The pebble-filled jars have been placed on the low wall in the church's Peace Meadow at 8470 Goodwood Blvd. It is open to the public during daylight hours.

Ryan started thinking about wanting to do something in August as the disease hit its second peak nationally, and he asked church members to come up with an appropriate memorial.

Ross Jahnke, professor and interim head of the art department at Nicholls State University in Thibodaux, came up with the idea of using the pebbles and jars and placing them in the Peace Meadow, which surrounds Peace Stones given to the church by Nagoya, Japan, the hometown of Yoshi Hattori, a Japanese exchange student shot to death in Baton Rouge by a panicked homeowner when Hattori showed up to the wrong house for a Halloween party in 1992.

Using the pebbles, which are placed around candles that represent prayer requests in the church's worship services, and tying them in to the Peace Stones appealed to Jahnke.

“We knew that connecting it to this space was good,” Jahnke said. “Initially, the decision was 250 containers and 1,000 stones per container and we would do what we’re doing. Before we could even start, it was clear that we had to up the number of stones and jars. We ordered more jars, and we’re probably going to run out before it’s over.”

About 70 members of the church have volunteered to fill the jars, 33 of them doing it more than once. They have to count exactly 1,500 pebbles for each jar, a process that encourages reflection on each life lost.

“When you sit there and start thinking about what this means … I was thinking, ‘Everyone one of these represents a person, and I’m not even keeping up with the daily mortality rate as I’m doing this,’” Jahnke said. “It gets overwhelming.”

Rev. Nathan Ryan has been serving the Unitarian Church of Baton Rouge since 2012: as Associate Minister from 2012-2020 and called in November 2020 as Senior Minister. Nathan was ordained by the congregation in 2013, the church’s first ordination in its 61-year history. A Louisiana native, Nathan makes mean red beans & rice and believes that good food goes a long way toward world peace.

Back to ML Commons
We want to lift up your ministry and share what great things you are doing. Please send your story or set up a phone interview with the Communications Office.
Email Tomo Hillbo