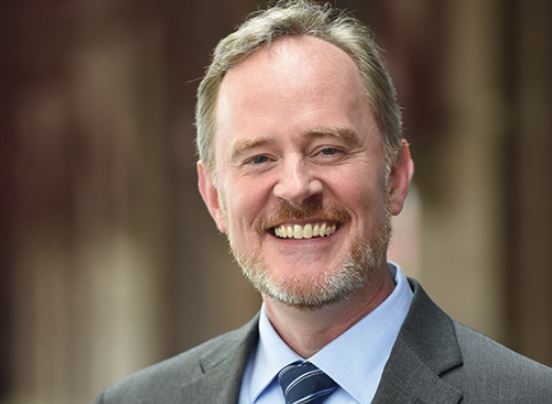 One of our alumni has been named the new executive director of the American Civil Liberties Union of Iowa in spring 2017.

Mark Stringer, MDiv '01, who has served as the senior minister at the First Unitarian Church in Des Moines for 16 years, started as the new executive director of the civil liberties advocacy group in May.

Rev. Stringer has led his church in exceptional growth and development. He has also been a leader in the community. He served as former chair of the board of the Interfaith Alliance of Iowa; was a leader with­­­­ AMOS, a broad-based community organizing effort; and was founding board chair of Project IOWA, a local workforce development initiative. He also officiated at Iowa’s first legally recognized same-sex marriage in 2007.

“We are excited to have Mark lead our organization at a critical time in history for the ACLU and for our country,” said Jill June, president of the ACLU of Iowa Board of Directors. “Since the November election, membership, donations, volunteers, and support of the ACLU has skyrocketed, both nationally and in Iowa. We need a dynamic and visionary leader to truly take the helm so that our organization can effectively fight for our fundamental rights, which right now are under unprecedented assault.”

Stringer said that he was eager to get started in his new position. “I could not be more enthusiastic to accept the opportunity to lead the ACLU of Iowa into its next era as a vital voice in advancing civil liberties.  For more than 80 years in our state, this essential organization has been on the right side of history, even when defending unpopular positions and people. The ACLU has persistently stood strong for liberty and justice in times when fear and division have led to violations of constitutional rights. I am honored to join with our talented staff and dedicated supporters in continuing and growing this legacy in the years to come.”

Back to ML Commons
We want to lift up your ministry and share what great things you are doing. Please send your stories to the Communications Office.
Email Tomo Hillbo