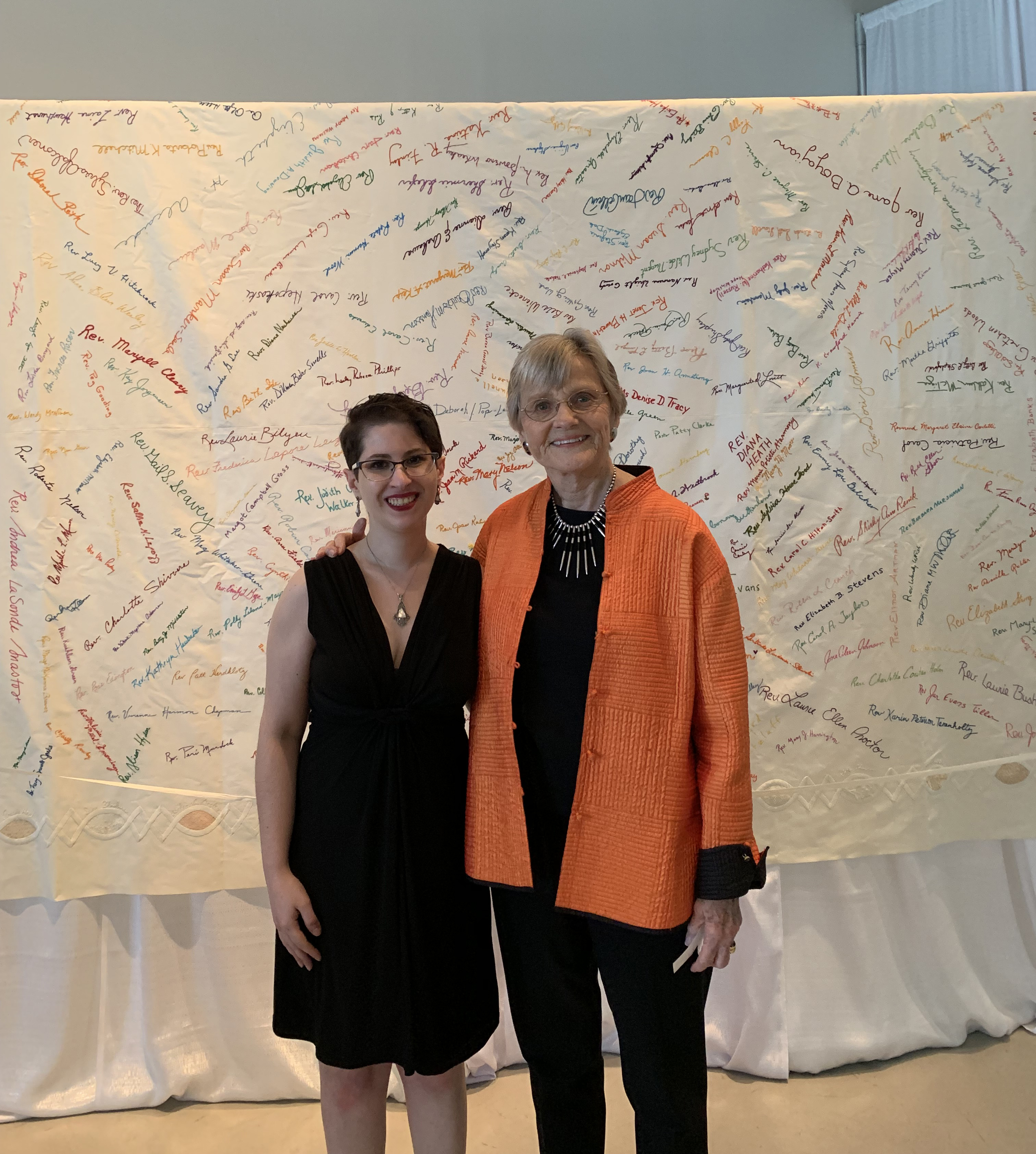 The Archives & Special Collections at Meadville Lombard take great care to maintain the records and objects we are tasked to preserve and safeguard, but we also place great value on making sure the items we hold are meaningfully accessible to the communities who’ve entrusted them to us. This means sometimes we let artifacts leave the archive to venture out to be in and among the community(ies) that treasure them. This October, we received a request to send the Ministerial Sisterhood Unitarian Universalist (MsUU) Herstory Tablecloth to First UU Church of San Diego.

Created by the work of many hands over 25 years, the Ministerial Sisterhood Unitarian Universalist (MsUU) Tablecloth represents a period of stunning growth in the evolution of women ministers in Unitarian Universalism during the years from roughly 1970 – 2005. It is a highlight of our holdings, at once a piece of folk art and of tangible history. The MsUU was founded in 1974 and was at the time the only clergywomen’s organization, meeting each year at General Assembly. The tablecloth itself was stitched together 5 years later in 1979 and each year forward was signed and subsequently embroidered. It has been signed by all those who came in contact with it, primarily at General Assemblies, and the signatures represent an estimated one-quarter of those women who served Unitarian Universalism during that stretch of years — 259 clergy and 29 laywomen in total. 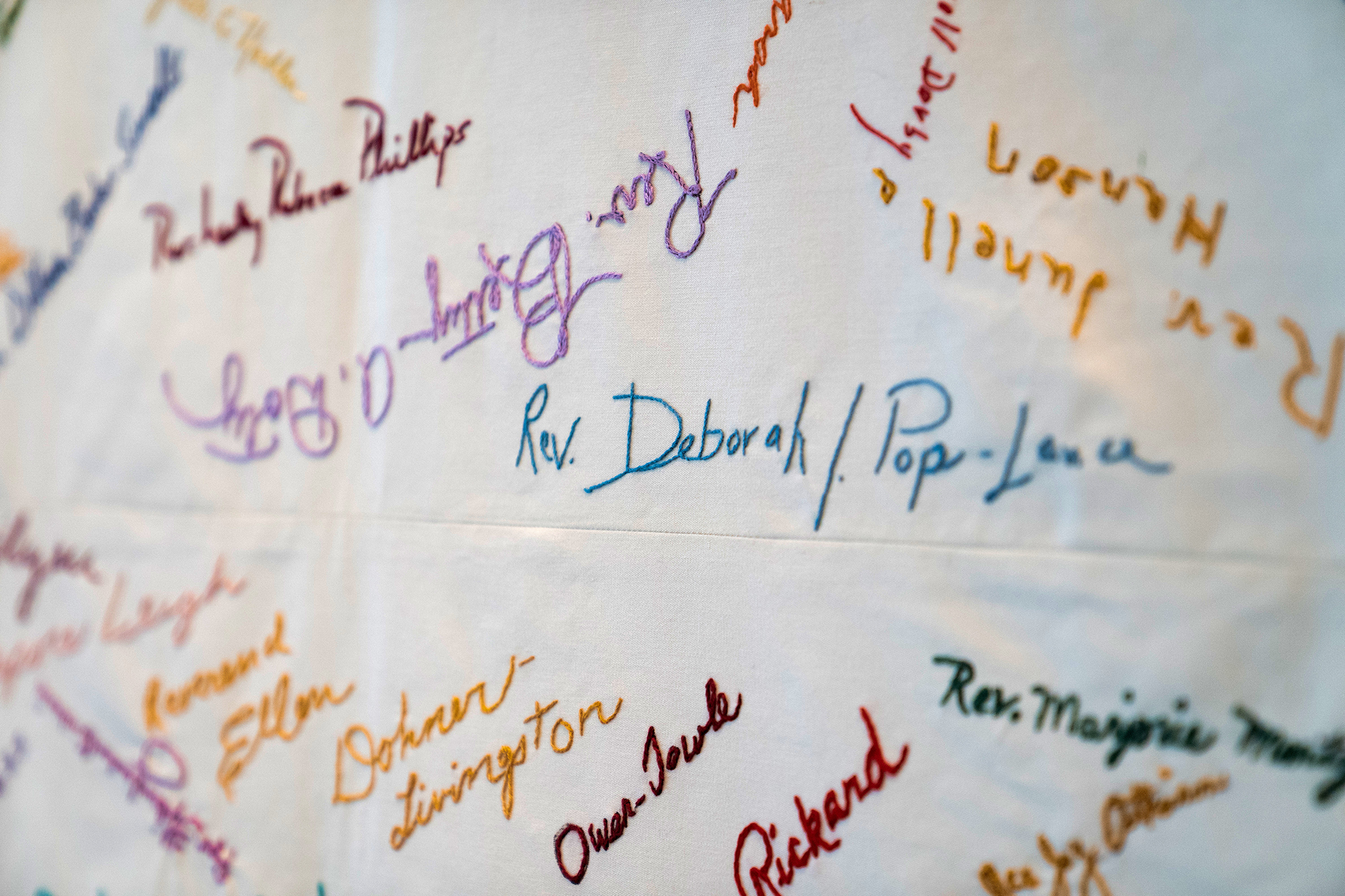 In 2013, the Herstory Tablecloth was donated to our Heresies Special Collection for UU Women by its custodians, spearheaded by Rev. Carolyn Owen-Towle, who also serves as the chair of the Heresies Steering Committee. The tablecloth has been featured by Meadville Lombard in so many ways, from digitizing images and creating a website to being the first item kept on display at the new MLTS space at 180 N Wabash. In 2019, Meadville Lombard celebrated its 175th anniversary at an evening gala where the Herstory Tablecloth was an impressive feature, hung by wire so guests could view it in its entirety — the equivalent of 4 regular tablecloths.

And now it will make another journey, this time back to First UU Church of San Diego for the congregation’s 150th anniversary. The embroidery seen on the tablecloth was in fact sewn by the women of First UU Church of San Diego who demonstrated their respect for female clergy by embroidering the cloth (the signatures and floral trim) for more than 20 years. Rev. Owen-Towle requested that the tablecloth be brought to the San Diego celebration and put on display there, a testament to the women of the denomination. The Archives and Special Collections is delighted to have the tablecloth on the road, headed to be with the community who created and cared for it for so long.