Spiritual Resilience and the Climate Emergency 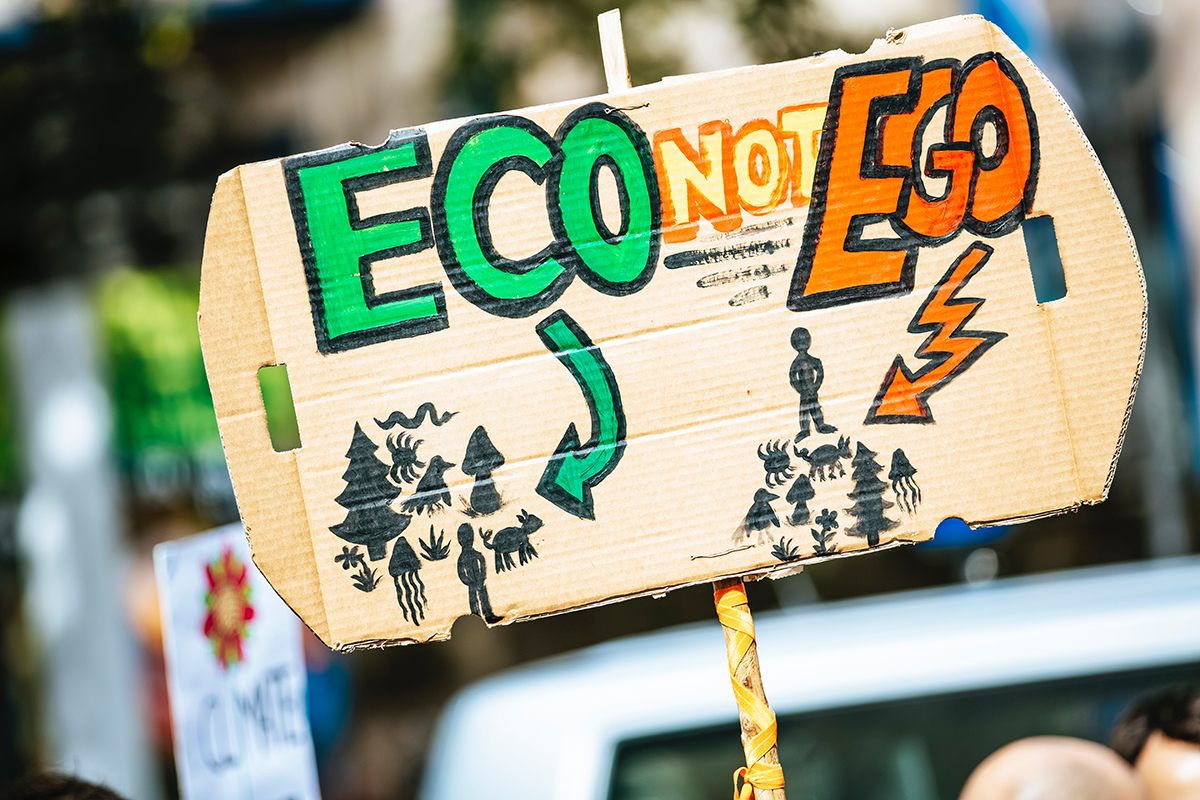 As someone who has been teaching and writing about climate change for many years, I am painfully aware of the gravity of the crisis. But I’ve come to believe that the moral complexity of the climate problem creates an opportunity to discover the practice of spiritual resilience.

Climate change imperils everything that matters to us, from individual lives to ecosystems, species, and even the whole biosphere. It is transforming the Earth into a hostile world. As such, the moral scale of climate change is not just systemic but planetary. And yet, although climate change induces more frequent and intense natural disasters, it is a wholly unnatural disaster, the manufactured consequence of a colonial, consumerist, carbon-intensive way of life.

While there is no place on the planet untouched by it, we are not equally responsible or impacted. Species, people, and communities who have contributed the least to climate change are the most immediately and negatively affected by it. For this reason, the climate emergency is not only a moral concern but our foremost global justice issue.

The complexity of the climate emergency is exacerbated by our evolved cognitive and perceptual tendencies.

These biases help explain why so many people find it challenging to recognize climate change as a moral problem, especially those of us who are least abruptly, immediately, personally, and negatively impacted by it. They also help explain the insidious politics of climate denialism. After all, it is easier for people to be deceived by corporate and political climate disinformation if they are already ill-disposed to perceive climate change as a moral concern in the first place.

It is true that we are innovating new technologies to generate, store, and transmit clean energy. But these technologies do nothing to reshape an economy based on continuous growth that drives the crisis! Younger generations are generally more motivated to do something about climate change than their elders—may their concern and motivation lead to transformative climate leadership. But even if it does, the climate emergency is with us here and now. Its pace and magnitude are more significant than many scientists and policymakers have been predicting.

In the face of these realities, it is easy to feel hopeless. It’s not looking good for the future of human life. But what if we engaged our circumstances differently rather than succumbing to despair? What if we could discover something important about ourselves and the Earth by directly contemplating the abyss of our self-induced planetary vulnerability? What might we learn from this? How might we grow from this?

I believe the climate emergency is the greatest moral challenge we’ve ever faced as a species. There is no precedent for its moral scale, structure, and urgency. Although this level of moral complexity is new, it provokes ages-old ethical questions.

Although philosophers, prophets, priests, and poets (and not a few theologians) have offered diverse responses to these questions, I do not believe they can be satisfyingly answered. I have come to think of them as questions to live with rather than finally resolve. Paradoxically, I believe their unanswerability illuminates their significance rather than rendering them irrelevant.

Struggling with such questions, especially under the pressures of an emergency like the climate crisis, is life-shaping work. This struggle can teach us the true nature of our own lives and our planetary home, provoke us to align our lives with our intentions, open us up to more meaningful relationships with others, and help us to become more mindfully aware of the beautiful complexity of the places and communities we inhabit.

The acronym I use for these four learnings is VITA, the Latin word for life. Each letter represents an essential practice of spiritual resilience: Vulnerability, Intentionality, Trust, and Awareness.

Vulnerability is the name for our true nature and the nature of our planetary home. We and the planet are finite and woundable.

Genuinely internalizing the meaning of vulnerability for us and the Earth can discipline us to align our actions and thoughts more rigorously with our intentions.

In aspiring to this alignment, we discover that we are not alone, and we need one another—we cannot live intentionally apart from others. In recognizing this need for others, we discern the importance of trust—showing up, being there, and holding ourselves accountable.

And when integrated, the practices of vulnerability, intention, and trust open the way to a more profound awareness of the exquisite intricacies of the places and people that comprise our home.

Perhaps the fuller life of courage and grace made possible by the practice of spiritual resilience will, indirectly, be generative of reasons to hope again.

[This essay was originally published in the UU World Fall/Winter 2022 issue.]

Dr. Hogue is Professor of Theology, Ethics, and Philosophy of Religion at MLTS. He has written about the ethics and politics of the climate crisis in American Immanence: Democracy for an Uncertain World (Columbia, 2018). He co-authored his most recent book with Dean Philip Bell, Interreligious Resilience: Interreligious Leadership for a Pluralistic World (Bloomsbury, 2022).